This article was originally published here

As we’ve discussed at length on End Prison Corruption Now, prison communications and the companies in charge of them are one of the major sources for corruption within America’s prison system. Global Tel*Link is one of the giants in the industry, and to nobody’s surprise, one of the worst offenders when it comes to ripping off families of loved ones.

The ACLU put together a video showcasing some information about GTL and some of the families affected by Global Tel*Link’s unabashed greed and harmful business practices.

Watch the video below (we would say enjoy, but you’re more likely to be appalled):


Here’s the transcription from the video:

Narrator: Think your phone company charges too much? Try Global Tel*Link, the biggest phone company for prisoners and their families. Global Tel * Link makes more than $500 Million a year charging sky-high rates to the very people who are least able to pay.

Women (Speaking): And do you get to visit him a lot? 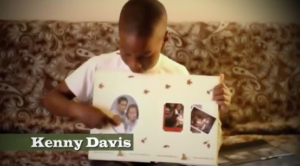 LaTonya Davis (Kenny’s Mom): My son’s father is in County, CCAA, we can’t make the commute as often… to see his dad because, there the commute is like almost a four hour drive. Phone calls are a problem because they cost too much and I have other bills. I’m a single parent. The service provider we use is Global Tel Link.

Mel Motel (Associate, Human Rights Defense Committee): What they do is they enter into contracts with the state prisons, county jails, detention centers. And prisoners and their families have no choice but to make calls through Global Tel Link.

RT News reporter: I want to put this in a little perspective here, calls via private company Global Tel Link cost $1.13 a minute. That’s about $17 bucks for a fifteen-minute phone call.

Narrator: Seventeen dollars just to hear a loved one’s voice, while everyone else can talk to people across the globe for next to nothing. How does Global Tel Link get away with it? By rigging the system. It gets contracts by offering kickbacks to the prisons. The bigger the kickback, called a “commission”, the more likely the prison is to give the contract to Global Tel Link. The cost gets passed on the families through high prices.

This is the worst company ever.
We have no choice if we want to be in touch with friends or family.
We are being held hostage by this rip-off.
You are… playing on the emotions of the incarcerated.
There has to be a better alternative than having to deal with these crooks?!
Woman (Speaking to Kenny Davis): How often would you talk to him if you could?

Kenny Davis: Um, every week. Because we never get to spend any time together. 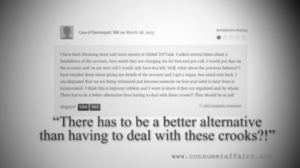 Mel Motel: The more contact that prisoners have with people on the outside like support networks, family and friends, the more likely they are to succeed in prison and when they get out.

Narrator: In 2013 the FCC announced it would cap prison phone rates but that just affects calls from state to state. Most prisoners family members like a LaTonya and Kenny, make their calls within a state. Without more action their rates will stay high.

Kenny Davis: If I could talk to my dad right now I would say I miss him.

Narrator: Fight to prison profiteers tell the FCC to cap all prison phone rates at PrisonProfiteers.org

You can also join the fight against prison corruption by signing up for the EPCN newsletter and Liking us on Facebook.